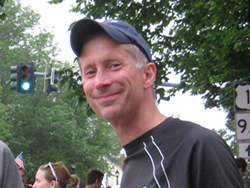 Following graduation from Maine Maritime Academy, Charlie Dupuis went to work at Bath Iron Works in the contracts and estimating department. But harboring a love of travel even before entering college, he heeded to that call after a short time working at BIW. Charlie joined ABB (ultimately Alstom) shortly after the ASEA/BBC merger in 1990. He has been in the field since 1990 and has become an acknowledged expert in several areas of mechanical assembly, repair and commissioning. Charlie is a very “hands-on” individual and in keeping with this lives by the proverb “idle hands are the devil’s playground.” In his free time Charlie has built an aerobatic biplane registered in the experimental category, carpentered a period colonial and is actively working to fill it with Shaker style furniture that he has crafted in his woodshop. Charlie has finished restoring the antique tractor (a 1955 Ford 660), and has moved on to a ultralight aircraft in order to explore the Maine coast from 500 feet. He resides in Saco, Maine with his wife Elena and four children.